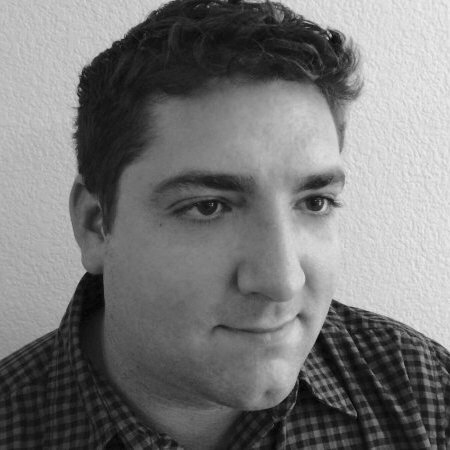 NGA Healthcare’s principal, Nathaniel Arana, has many years experience in business and in the healthcare field. Nathaniel earned a management degree from the Eller College of Management with an emphasis in operational management and organization. He helped start an out-of-network billing and consulting business from concept to profitability. Thereafter, he managed and grew a healthcare consulting business; under his management, the business dramatically increased its revenues and clients.

Nathaniel started NGA Healthcare because he found that practices were looking for consulting companies that could provide results—not just empty promises. Since then, NGA Healthcare has worked with all specialties to help grow, reorganize and make practices more profitable. Nathaniel regularly contributes to many healthcare business magazines and companies as an expert in practice management. A physician advocate, Nathaniel believes in working directly with his clients to achieve, and surpass, their goals.

Cameron Wood was born and raised in Tucson, AZ, and is glad to be back after fifteen years of living and commuting in Los Angeles. Cameron graduated from the University of Arizona with a focus on Media Arts/ TV and Film Production/ and Business. Cameron worked his way up from assistant Producer to Lead Producer on a variety of TV, Film, New Media, and Web properties; including the Target “Red Room” national concert series/albums, “The Nightmare on Elm Street,” and Head Writer/ Content Producer on CBS’s “Let’s Make A Deal.” Cameron and his wife decided to leave Los Angeles to be closer to family in Tucson (and to start their own). Cameron grew Fresno Unlimited from three employees to over thirty and managed the creation of the SHOWoff application, marketing consulting for Warner Brothers, and the creation of proprietary advanced AI, called “PCH.” After producing and running all advertising for several Fresno Unlimited shows, including the Jimmy Kimmel co-production “Cousin Sal’s Sure Thing,” he joined NGA Healthcare.

Cameron brings his marketing, operational growth, and client management expertise to an already successful business.  NGA Healthcare’s dedication to maintaining the autonomy and financial stability of small and medium-sized practices also spoke to his personal sense of fairness. Cameron is excited to bring his focus on client communication and marketing to NGA Healthcare, as well as the exciting and industry revolutionizing new ventures NGA Healthcare rolling out in the near future.

Lee was raised in Orlando, Florida and graduated from Elon University in North Carolina. After completing his undergraduate studies, Lee joined the United States Peace Corps. Lee lived in Morocco for almost 3 years working on engineering, health and youth related projects. After the Peace Corps, Lee worked in non-profits and completed his graduate studies from the University of Arizona.

Lee has a background in marketing and communications with both Starbucks Coffee Company and Apple Inc. around their corporate social responsibility and value oriented efforts. His experience regarding community impact and client relations has brought him to NGA healthcare. Lee is a health and physician advocate, hoping to bring innovative resources, community members, and health providers together.

Lisa enjoys the challenge of working with the insurance companies. She finds fulfillment after receiving those notifications that our provider enrollment dates are effective and everyone is properly loaded.

Favorite Quote: Be true to yourself and grateful for the new day!

Adrianna is a home-grown Tucsonan and a Wildcat alumni from The University of Arizona. She got her B.A. in Communication and studied abroad in China as a part of her program. Her Communication degree allowed her curiosity in human behavior to draw correlations to statistical data and operational processes.

Adrianna utilized her education from psychology and research to translate information into simplified digestible parts. She has turned these skills into a career path for the lending industry, educational organizations and now, the healthcare industry. Adrianna's purpose at NGA is to provide dependable network structure and impactful leadership for project-based initiatives. 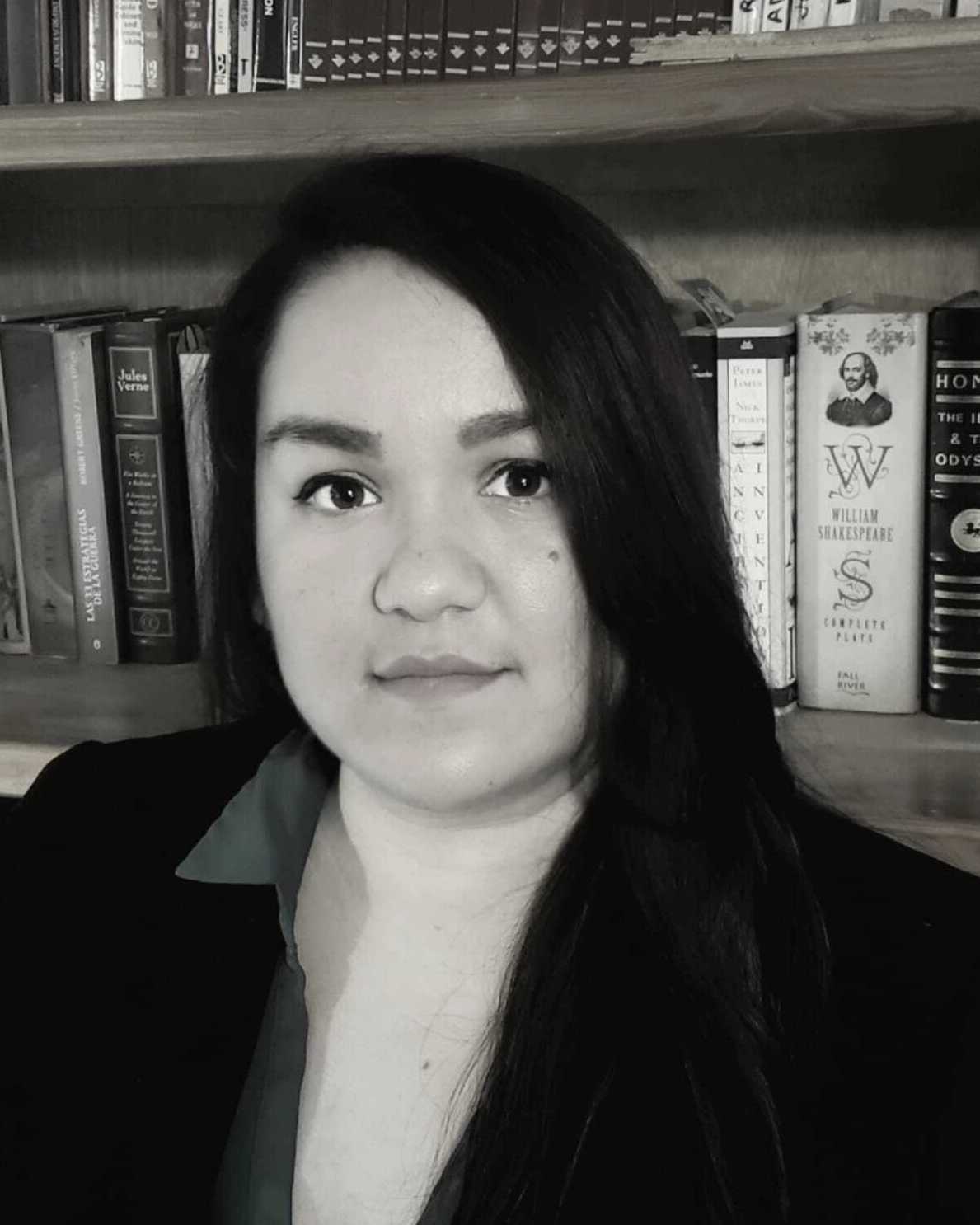 Veronica was raised in Wheeler, Tx. She graduated from West Texas A&M University with a Bachelor of Business Administration with an emphasis in Accounting and Finance. She went on to graduate school, where Veronica finished a Master of Science in Finance and Economics. During this time, she worked as a graduate assistant for the college of business.

Veronica’s community involvement experience and passion for international business eventually led her to a Japan exchange and teaching program. She lived in Japan for three years, where she served as a cultural ambassador and worked on education-related initiatives. Veronica’s experience in data processing and analysis led her to NGA Healthcare. Her roles include data management, analysis, and project management. 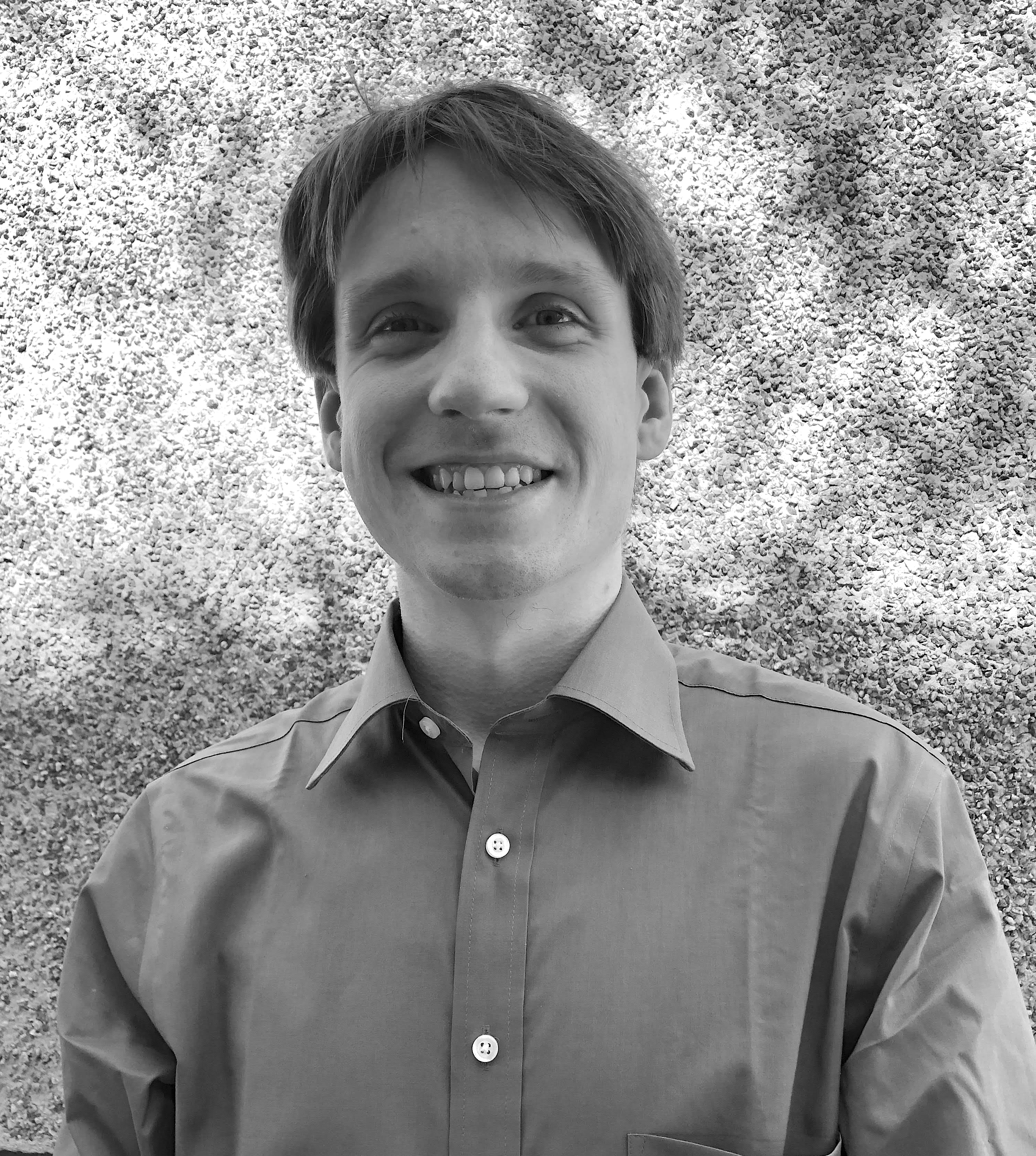 Originally from Alberta, Canada, Jennen has lived most of his life in Arizona and has recently graduated from the University of Arizona with a major in Information Science and Technology as well as a minor in Japanese. Jennen has worked on projects that have included data mining, creating and stabilizing databases, and data pipelines.

Even after graduation, Jennen strives to learn more and continue growing as a person both personally and professionally. Joining NGA Healthcare has given Jennen the chance to continue his growth as well as allow him to help out many private practices and to better the health care system. His role at NGA is to help with contract negotiations, perform analyses, and write propositions in order to aid the private practices. 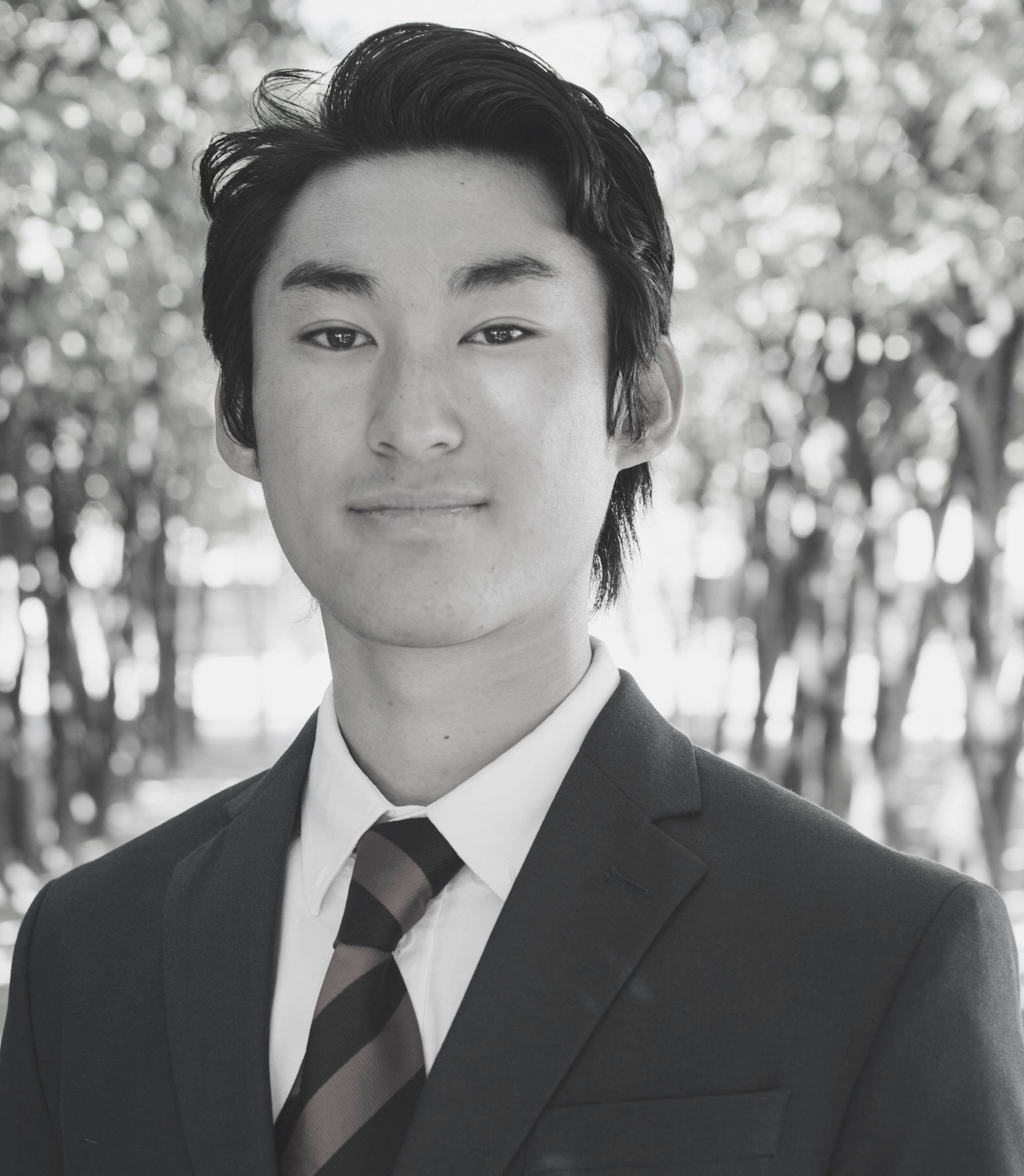 Bill was born and raised in Phoenix, Arizona as a first generation Vietnamese American. He recently graduated from the University of Arizona where he studied management information systems at the Eller College of Management, computer sciences, and Spanish. During his studies, Bill specialized in the advantages that technology can provide and how companies can use it as leverage for growth.

Bill believes that learning is a life-long process and hopes to continue gaining knowledge in many areas. Joining NGA Healthcare provides the perfect opportunity for Bill to apply the skill set developed during university as well as continue to learn much more. He is excited to grow as a professional and individual alongside the company. At NGA, Bill supports contract negotiations that helps private practices remain autonomous and make healthcare available to more people.

Jonathan graduated from Stanford University with a B.A. in economics. He has more than 20 years experience working with healthcare technology. Serving in the roles of Vice President of Implementation Service and VP of Operations engaged with healthcare providers of varying size and scope, including large integrated national health systems, community hospitals, and single physician practices. All of these engagements focused on working collaboratively with healthcare providers to improve workflow and improve efficiency with the ultimate objective of improving outcomes at a lower cost. He and his wife Sheri live in Tucson and three sons.

Throughout his professional career, Jonathan has focused on process improvement and problem solving to achieve operational structures that are required to meet and sustain a high level of customer satisfaction and retention. As part of the NGA Healthcare team, Jonathan brings his expertly blended strategic thinking with the ability to create and execute effective tactical plans that align with strategic objectives, always with the objective of improving the customer experience. 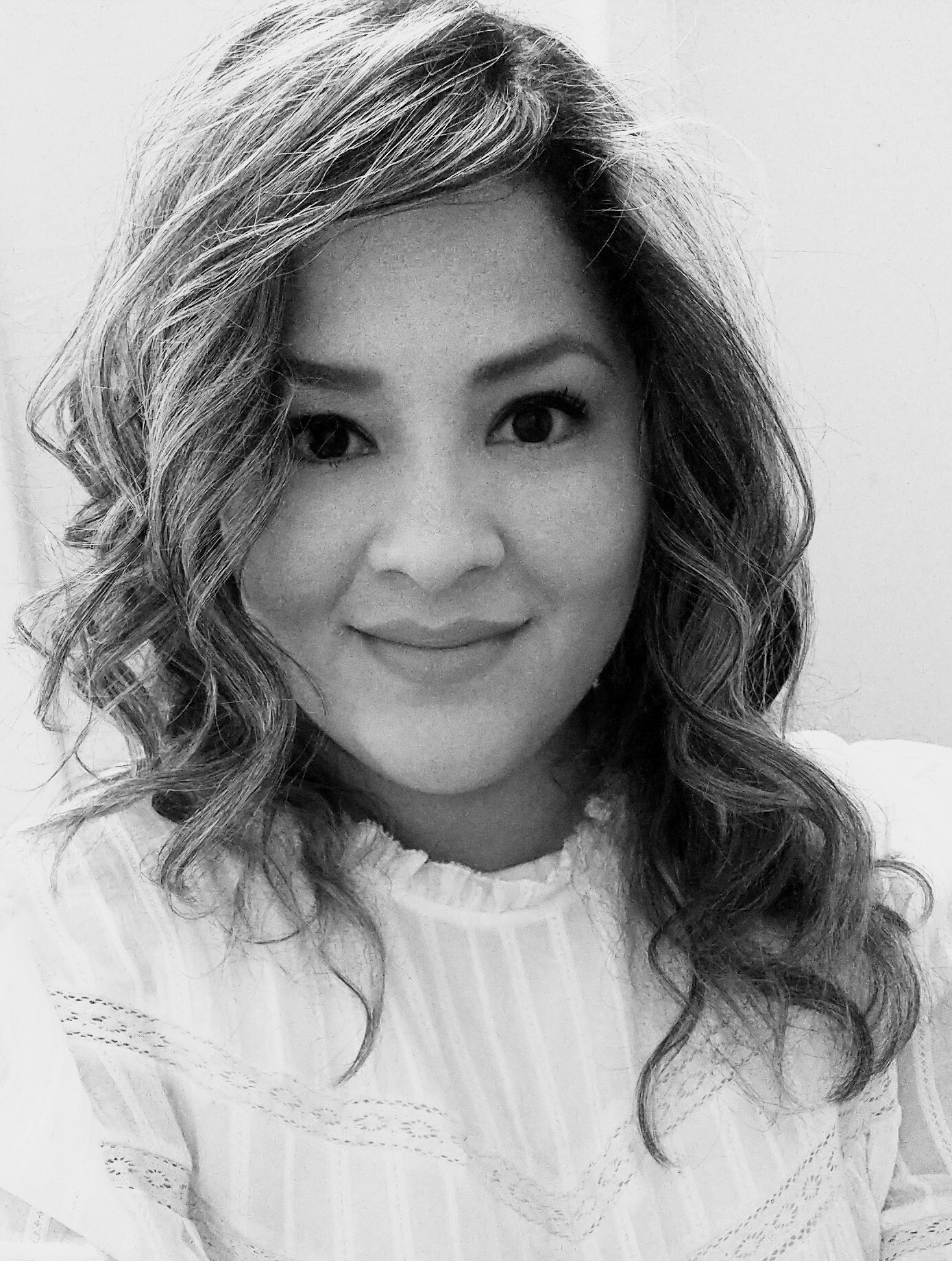 Xochitl Alexandra has over 13 years of experience in the healthcare industry, having worked primarily in hospital and large health system settings in nearly every department, including: emergency room, outpatient, surgery, insurance verification, main admitting, and oncology.

Over the years, Xochitl Alexandra has obtained an exhaustive knowledge of the insurance process, including commercial, state and federal, as well as certification for the Victim Services Department with Pima County. Xochitl Alexandra’s experience has taught her the importance of detailed and quality work. Xochitl Alexandra grew up in Sonora Mexico, and is bilingual with Spanish as her first language.