Physician Reimbursement: COVID19 Demonstrates the need for Independent Physician Groups to assert their Authority against Payers

Physician Reimbursement: COVID19 Demonstrates the need for Independent Physician Groups to assert their Authority against Payers 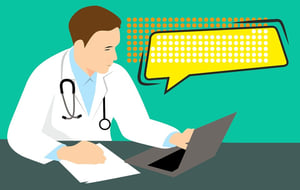 Years before COVID19, a physician I was speaking with asked me why insurance payers hardly ever cover Telehealth. Telehealth, he argued, could revolutionize our healthcare system in many ways and expand coverage to rural areas, increase clinical outcomes and decrease costs. My response was “It’s going to take an act of God to get payers to cover Telehealth.” I didn’t want to be so right and so literal at the same time.

Almost overnight, CMS declared they were waiving many Telehealth requirements and soon after many payers followed suit. Why couldn’t this have happened sooner? When researchers at RAND, a public policy think tank, wanted to see if Telehealth replaced in-person visits and decreased costs. Instead, they found that patients were using telemedicine in addition to face-to-face visits. A convenience factor definitely played a role, and patients (particularly younger tech-savvy patients) used the service after initial visits for follow-up appointments.

If there is one thing payers don’t like, it’s convenience and ease of access. It increases costs for them. However, now that we are in a situation where we desperately need Telehealth, we were left without it until payers approved the service. We should have had policies covering Telehealth years ago.

Payers skirted Telehealth for years by they either making the guidelines impossible, reimbursing Telehealth at a lower rate than office visits, or not paying for them at all. In retrospect, physicians should’ve asserted their case for Telehealth against payers when contracting - but historically most didn’t feel like they had any leverage. COVID19 is changing that leverage rapidly. 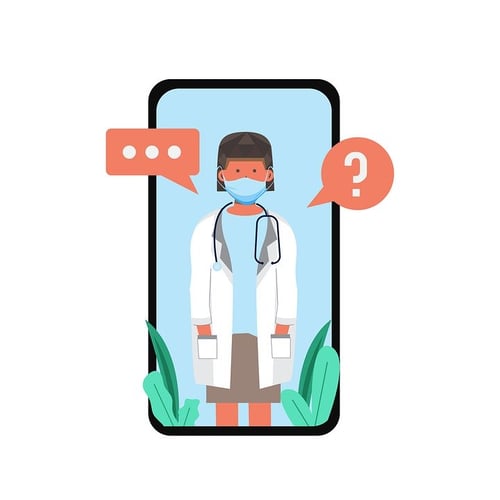 How COVID19 is Changing Reimbursement

Traditionally, physician groups were presented with ‘take it or leave it’ contracting scenarios. COVID19 has significantly shifted this because the roles of hospitals have changed significantly in the last month. We are now viewing hospitals as they should have been viewed; as acute care centers meant to treat people who are very acutely sick - not centers for diagnosing chronic and urgent ailments. I don’t believe that the end of COVID19 will mean that we go back to the status quo - instead, we will be looking to be more responsible as to who is taking care of whom. We will see an already expanding number of cases directed to ambulatory surgery centers and empowering physicians to become Shepards of patient care in outpatient settings.

So why do hospitals get paid double and triple what Medicare pays, where care is more costly and outcomes are worse, compared to physicians who are often paid below Medicare rates yet have better clinical outcomes at a lower cost? It’s because they haven’t asserted themselves against the payers. This is a prime time to approach payers and say “I’m not going to accept subpar rates.”

COVID19 should Change the way we look at Reimbursement

Prior to COVID19, physician's practices were going about their routine as business as usual. Suddenly, there was a huge disruption that meant 30-70% of patients visits and cases were canceled. Practices already operate on reduced margins due to decreased reimbursement rates. In fact, if contracts aren’t negotiated, they lose between 2-5% fo their value every year due to inflation and increased costs of doing business. The results were disastrous. There were furloughs, layoffs and many groups had to implement costly Telehealth systems without any promise of whether they would be paid appropriately. Had reimbursement rates and payment terms been appropriate, such a disaster could’ve been more easily mitigated.

What Physicians can do

As we start reorganizing ourselves, practices need to start asserting their authority against payers and looking at ways to improve their contracts. They need to negotiate increases that account for years of losses and decreased margins, and then continue to negotiate these contracts on a yearly basis to account for increased costs. Physicians need to understand that their authority against payers has dramatically changed in the last month. These contracts need to start covering costs and allowing operations to facilitate the appropriate treatment of patients in the appropriate clinical setting.

Nathaniel Arana is nationally recognized healthcare business consultant with experience ranging across many different specialties. He is a physician advocate and has helped practices become more profitable by allowing his clients to focus on patient care.