We all know that the need to maximize profits and volume has depersonalized the healthcare industry. Effective and thoughtful medical care can’t thrive in an environment overrun by payer politics and a business model built to push physicians to their breaking point. When the number of obstacles facing the modern physician seems to grow every day, how do we adapt? Here are some of the major challenges private practices are facing and how to overcome them:

1. Private Practices are getting absorbed by the Large Health System and there are Fewer than Ever Before

Independent practices have proved that they provide better outcomes at a lower cost than large health systems.  But private practices are disappearing more and more each day. According to AMA’s Physician Practice Benchmark Surveys, for the first time, physician-owned private practices are no longer in the majority. In 2016, 55.1% of physicians were working in privately owned practices compared to 60.1% in 2012. The reality for younger physicians is even bleaker with ownership among physicians under 40 being at about 27.9%. (https://www.ama-assn.org/practice-management/economics/first-time-physician-practice-owners-are-not-majority) Why are medical professionals moving away from the private model?

As more boomer physicians retire, the latest generation is unlikely to take on the risk of running their own independent practice. For a newly trained, fresh out of medical school physician, positions in highly profitable hospitals offer too much stability and lucrative pay in the short term to turn away. With offers from large organizations that can help them repay their seemingly insurmountable student loans, it’s easy to sign on the dotted line. But at what cost?

2. Physician Burnout is Real, and Private Practices are more susceptible to it

Over the last few decades, the workload that is required of an individual physician has escalated dramatically without any corresponding increase of pay. Much of this uptick in workload can be attributed to the transition to inefficient and burdensome EMR systems. A study from Annals of Family Medicine concluded that primary care physicians spend more than half of their average workday on clerical work like documentation and data entry. With 6 hours of an 11-hour workday being spent on the computer rather than on their patients, its obvious why we are seeing more and more physicians take their work home with them. (http://www.annfammed.org/content/15/5/419.full)

This administrative burden typically falls on the backs of physicians and hiring extra hands to alleviate the weight isn’t always a financially realistic option. To combat this, we should be looking for ways to maximize profit with a smaller pool of patients so physicians can focus their energy on providing the best care possible without being stretched too thin. This is where we can turn to the deep pockets of insurance payers for the answer.

Year after year, insurance companies have been absorbing their competitors and merging to maximize their own profits. By paying into lobbying efforts and playing the political field, they have leveraged themselves into a position where they can increase premiums at will while neglecting to increase the rates for the physicians. They claim that mergers help them reduce the cost of healthcare and eliminate waste, but in reality, they are shifting the costs to the providers while hoarding more of the profits for themselves. Insurance companies’ profits keep skyrocketing and they are leaving the providers and patients that they represent in the dust. Over the last decade, inflation has risen by over 20% while Medicare reimbursement has increased by less than 5%. (NGA Healthcare 5 Year Forecast). Each year, payers are increasing their premiums by double digits, yet we rarely see these increases passed on to the physician groups. 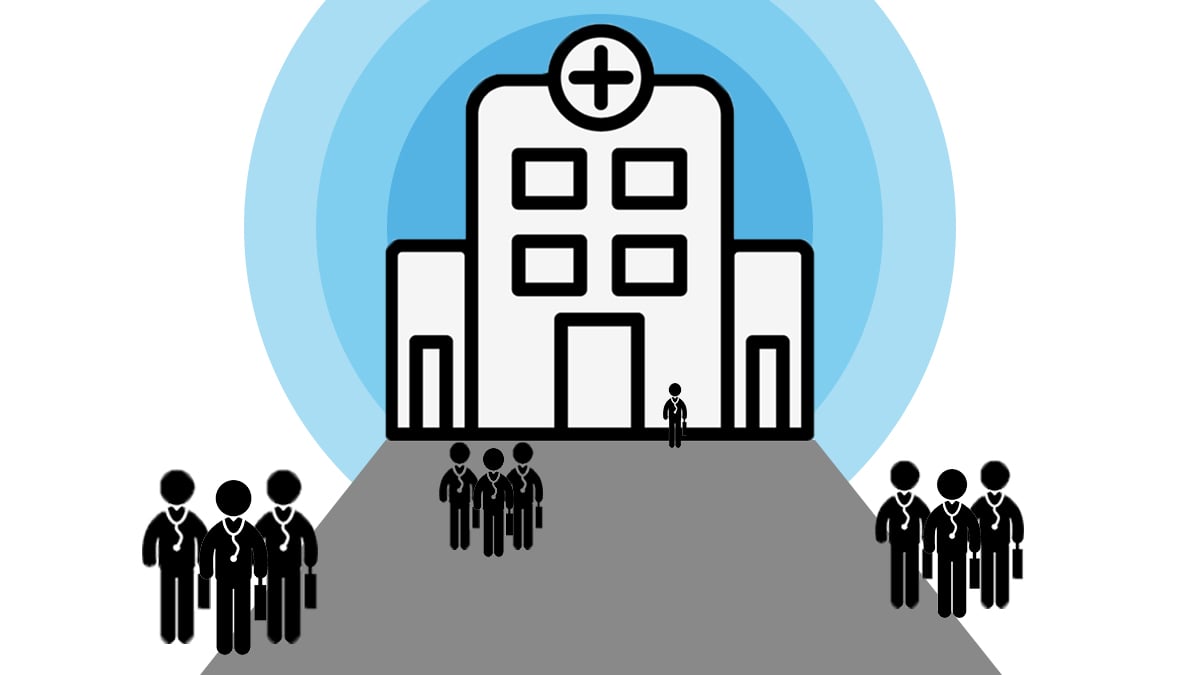 The issue most physicians run into is the nightmare that is dealing with insurance payers. One of the major benefits of partnering with or being acquired by larger organizations is being able to avoid that headache altogether, but the solution is to hold payers accountable and negotiate your reimbursement rates.

The Simple Solution That Most Practices Neglect

Physicians need to realize they hold more leverage against payers than they realize; even in a smaller group of physicians. More often than not, practices are shackled by contracts and rates that are far below market value. Physicians assume that these rates are set in stone, but securing a professional rate and contract negotiator would ensure that the physician stops leaving money on the table.  Money isn’t the answer to everything, but it is the solution to many of the problems that private practices are facing.

Most practices are not getting the rates they deserve. The key to obtaining better rates is finding an understanding of your leverage and holding the insurance payers accountable. Educating and empowering independent practices is crucial to leveraging a negotiation strategy with payers and is the simple solution to these three systemic healthcare problems that every private practice should pursue in order to remain independent.

Ellam is a project manager who works as a physician advocate to negotiate reimbursement rates and manage the contracts of small and mid-sized physician practices.